In the past Musk has used short shorts to taunt Tesla short-sellers.

The shorts have the word \S3XY written on the back, a reference to Tesla\’s Model S, Model 3, Model X, and Model Y vehicles.

A description for the shorts on Tesla\’s website reads: \Celebrate summer with Tesla Short Shorts. Run like the wind or entertain like Liberace with our red satin and gold trim design.

\Relax poolside or lounge indoors year-round with our limited-edition Tesla Short Shorts, featuring our signature Tesla logo in front with \S3XY\ across the back. Enjoy exceptional comfort from the closing bell.\

At the time of writing, only XL-sized shorts are still available and it appears Tesla will only ship the shorts within the US. 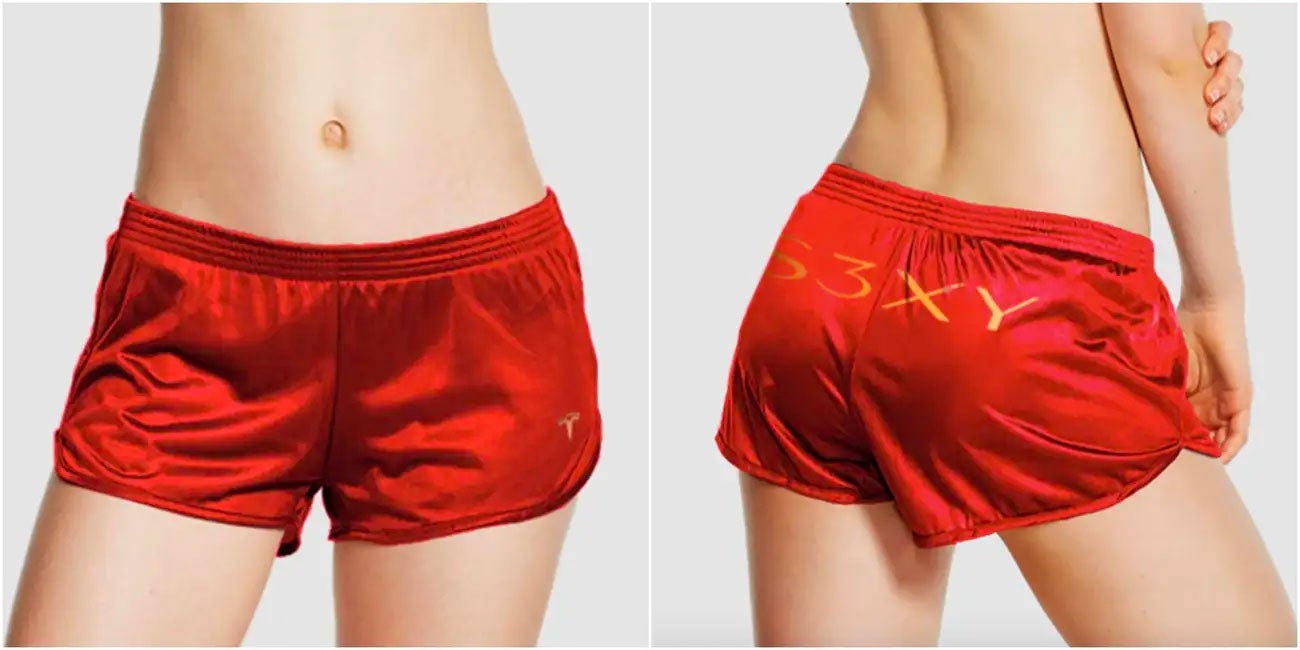 Tesla has in the past brought out a line of surfboards, and his public venture The Boring Company sold a giant blowtorch called the \Not-a-Flamethrower.\

The Tesla billionaire has a particular penchant for short shorts however, which he sometimes uses to taunt short-sellers who bet against Tesla\’s stock.

Musk has a well-documented disdain for short sellers, tweeting in October 2018 :\What they do should be illegal.\ In the past, he has sent packs of assorted shorts to billionaire short-seller David Einhorn.