Lauren Simmons is in the business of shattering glass ceilings and helping companies raise capital in non-traditional ways. At just 27 years old, she’s already made waves as the youngest and only full-time female trader on Wall Street, and as only the second black woman to ever trade on the bustling equity trading floor. She’s now the host of Going Public, a first-of-its-kind show that allows for viewers to invest in four companies, in an approachable way typically reserved for institutional investors, angel investors and venture capitalists. The show will premiere Nov. 30 at Entrepreneur.com.

After earning her degree in Genetics from Kennesaw State University, Simmons didn’t let the absence of a traditional finance background hold her back. She moved from her Georgia hometown to New York City post-graduation, and began working with Richard Rosenblatt, CEO of Rosenblatt Securities, who thought it prudent to take a chance on a young woman who was willing to dive into the industry with drive, gumption and heart. Although it was reported she made only $12,000 that year on the trading floor, she made history nonetheless. Her rise to the public sphere was widely recognized; by 2018, Simmons was named to Ebony\’s Power 100 list, and Politico added her to their 2018 Women of Impact list.

Much like her career to date, Simmons is breaking barriers yet again with her new role as Going Public’s new host. The new series allows viewers to Click-to-Invest in featured deals while they watch the show. 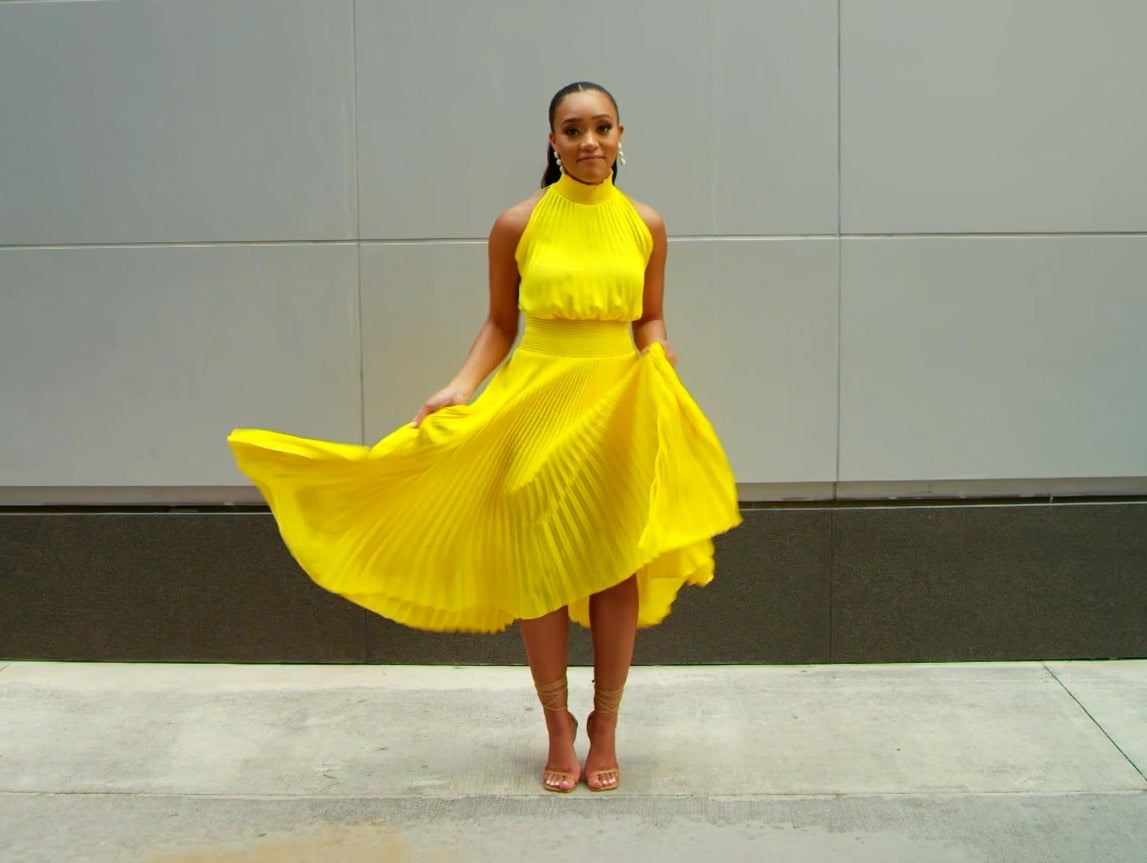 Mentorship is a key element of Going Public’s first season, as Simmons knows having a strong mentor is crucial to success. She credits her hunger for information and the connections she has made for her success in her early days on the NYSE. She studied to pass the tests necessary to work on the trading floor, but more to prove to others she could handle the work. Also to show her hard-working, single mother back in Georgia what she was made of and to make her proud. As Simmons told Bazaar in 2019, “Had I not advocated for myself, I think I would have been just another woman on the trading floor.” The upcoming series also features mentors who provide valuable business feedback, advice, and at times, tough love to the companies featured on the show.

Simmons shares that all of her mentors so far have been men and she is looking forward to being a strong female role model for others interested in finance.

Another element of retail investing that calls to Simmons is that by nature, it’s a system blind to demographic aspects like race, gender and location. Underrepresented groups in the financial world are typically women and people of color. Going Public aims to provide opportunities to all viewers while they watch.

For more information about the show and the featured companies, please visit GoingPublic.com

For the first time ever, viewers around the world will have the opportunity to invest in five featured companies at the Regulation A+ price. The series will allow viewers to click-to-invest right on screen, creating an interactive viewing experience and unique investing opportunity. Existing customers and new fans can now invest in the companies they believe in alongside traditional institutional investors as the series unfolds.

Over the course of the show, the leadership of featured companies will share their vision, mission, product offerings and values. Viewers will gain access to behind-the-scenes footage as founders are exposed to guidance from notable mentors along the way, and then watch with anticipation to see how the journey unfolds by the end of season 1.

In addition to hosting Season 1 of Going Public, this year Lauren Simmons is working on releasing an upcoming book about personal finance and a new exclusive podcast on Spotify.