Skip to content
This article was translated from our Spanish edition using AI technologies. Errors may exist due to this process.

More and more startups in Mexico and Latin America are added to the list of soonicorns or club of soonicorns, but what does it mean to be? The term refers to companies that are about to become unicorns (those with high potential and innovative vision that achieved a valuation of $ 1 billion) and meet a couple of main characteristics:

It may interest you: What are unicorn companies?

The specific case of Mexico: why is the number of startups and soonicorns increasing?

Mexico can be considered a main point within the ecosystem of startups in Latin America and North America, having more than 1,200 technology startups.

According to information from the consulting firm Tracxn, the prosperity of the startup ecosystem in Mexico is supported by key factors such as its location, access to multiple maritime routes and its modernized posts, the commercial relationship with the United States and the hand of qualified work. Mexico City and Monterrey are the points where these startups are mainly concentrated.

In addition, the fact that Mexico is ranked 15th among the largest economies in the world is another factor that positively influences the development of startups. 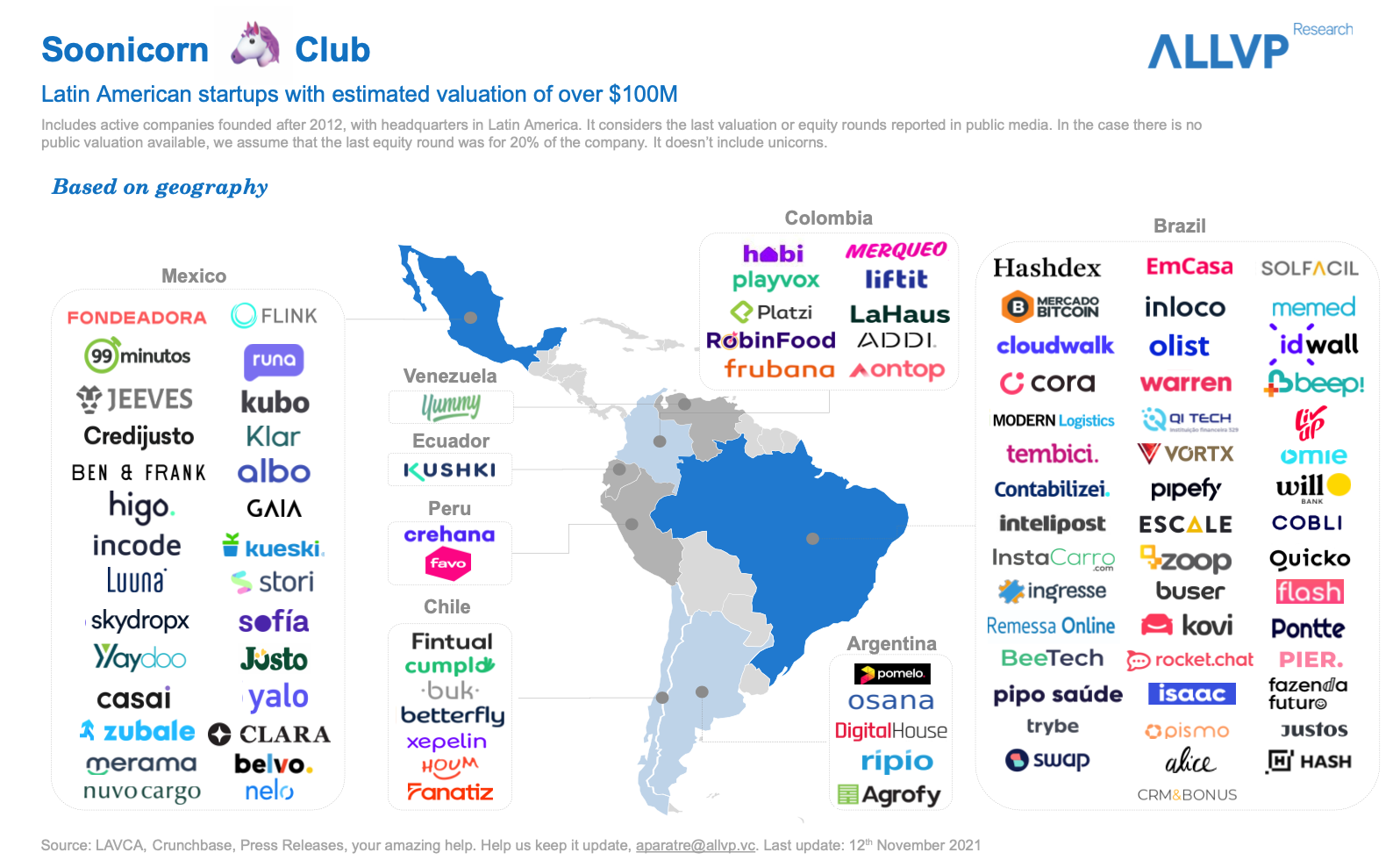 It may interest you: This is how unicorns have changed our lives

Another of the countries that stands out for its number of soonicorns is Brazil, with 46 (46%) companies close to becoming unicorns registered until November 12, 2021. For its part, Colombia has managed to position 10 (one tenth) of his startups in the club of Hispanic American soonicorns. It is followed by Chile, which so far has 7 companies of this type. Argentina registers 5 soonicorns, followed by Peru with 2, Venezuela and Ecuador with 1 soonicorn startup, respectively.

Regarding the sectors to which they belong, 38% of soonicorns are from the Fintech sector, 13% belong to smart enterprises, 8% to electronic commerce and logistics, 7% to proptech, 6% to healthtech , 6% to foodtech. The rest of the Hispanic American soonicorns are dedicated to the education, online contracting, insurtech and smart cities sectors.

These startups have a promising future that goes hand in hand with the economic recovery of the region. The sustained growth of these soonicorns is expected in the coming months and years so that we can soon see them within the group of unicorns.

It may interest you: Do these 4 things to become the unicorn of your industry