Our mission to help you navigate the new normal is fueled by subscribers. To enjoy unlimited access to our journalism, subscribe today.

What is an airline bailout for?

By nature, the bailouts are rescue packages designed to save businesses that are often symbols of national pride, at a time when the coronavirus pandemic has placed the aviation sector in mortal peril. But in some cases they are also policy tools, wielded to make these flag carriers shape up and improve their environmental ways.

This is the tack the French and Dutch governments are taking in their bailout measures—comprising $7.9 billion and $3.8 billion, respectively—for Air France–KLM. The deals will force Air France and KLM to halve their CO2 emissions per passenger kilometer by 2030, compared with 2005 levels. Short-haul routes will need to be cut where more environmentally friendly rail connections can take people where they need to go instead.

Similarly, when the French government stumped up $16.8 billion for the country’s aerospace sector earlier this month, it insisted that a tenth of the package be spent on speeding up the development of a carbon-neutral, hydrogen-powered plane by 2035.

The French and Dutch moves come against the backdrop of widespread calls for a green pandemic recovery—and warnings of environmental disaster if those calls are not heeded.

“The COVID crisis is a massive societal and humanitarian challenge, but it is a pivotal moment for the climate agenda: We will either see a step back or a jump forward,” says Hauke Engel, a partner at McKinsey & Co.’s Frankfurt office.

As Engel points out, “We are seeing an extraordinary mobilization of public money” that could set back the climate agenda if it is spent on “high-carbon economic structures” that effectively lock in the status quo. On top of that, the recovery’s enormous impact on public debt could leave governments less money for fighting climate change in the coming years.

“The message it sends is also important,” Hauke says. “Many stakeholders are closely monitoring the political agenda, to see if the climate is a fair-weather topic. You could get a multiplier effect from green stimulus: You spend the public money well, but also reinforce to the private sector that the climate is important.”

‘Why rebuild the old world?’

The green-recovery phenomenon is most obvious in Europe, where the European Commission’s existing plan for a “Green Deal”—aiming for net-zero emissions by 2050—has dovetailed with the EU’s new coronavirus rescue strategy.

The EU’s 750 billion–euro ($841 billion) recovery package, announced a month ago, includes 40 billion euros to help EU countries go climate-neutral. A 15 billion–euro rural-development boost is partly aimed at helping farmers get greener, and the package’s core 560 billion euros for investments and reforms is also bound to green objectives, with cash flowing to building and infrastructure renovation, renewable and hydrogen energy projects, and the deployment of a million electric-vehicle charging points across the region.

In the words of Commission Vice President Margrethe Vestager this week: “Why rebuild the old world, when we wanted a new one?”

According to a recent study from a team at Oxford University, green stimulus delivers higher short- and long-term returns than conventional stimulus measures. This analysis is mostly based on stimulus packages delivered in the last financial crisis, which fed into high-speed train rollouts in China and building-efficiency programs in Europe, Canada, and Australia.

“The difference between this time and last time is it’s less in terms of the nature of the ideas, and more the fact that governments are ready and are doing it at scale,” says Cameron Hepburn, the Oxford study’s lead author and director of the university’s Smith School of Enterprise and the Environment.

Hepburn highlights the German government’s earmarking of 40 billion euros, out of a 130 billion–euro stimulus package, for climate-related spending such as subsidies for electric-vehicle purchases (both Germany and France are refusing to subsidize fossil-fuel–powered cars), making buildings more energy-efficient, and developing hydrogen infrastructure.

“What we’re doing is bringing forward many years’ worth of investment,” says Hepburn. “We’re doing it now, for good reasons, [but] what that does mean is that we’ll be doing less of it in five years’ time.”

So is it really a case of now or never? Hepburn says that depends on how long the recovery takes: “If…we’re having a quick recovery, then yes, it is now or never. My expectation is we’re nowhere near done yet, and, if so, then there is a risk of a fairly long and relatively deep recession. In which case the ‘now’ is not three months—it could be a year or a year and a half of intervention.”

However, there is not universal approval for recovery cash being linked to environmental goals.

While the Air France–KLM bailouts come with bright green strings attached, the same cannot be said for the German government’s 9 billion–euro bailout of Lufthansa, which shareholders approved Thursday.

The German government insists that the deal does come with “clear environmental requirements,” telling Fortune that Lufthansa has “committed to fulfill its environmental and ecological responsibility and will therefore, in particular, renew its fleet in order to reduce emissions, provided the economic conditions allow it.” It also says the carrier will work harder on the development of alternative fuels. But that’s a far cry from telling Lufthansa which routes it should cut and insisting on clear carbon-reduction goals, as the French and Dutch did.

“In order to advance climate protection, instruments that function as far as possible on an industrywide and international scale are particularly suitable,” a government spokesperson said.

“In Germany the approach appears to be more around allowing airlines to meet their own sustainability objectives through their own management processes,” says John Grant, a senior aviation analyst at OAG. “For every airline, sustainability and environmental credentials remain high on their list of objectives and ambitions, but the most important thing is survival. They will begin to return to those commendable things in the future.”

Grant argues that the conditions attached to the Air France bailout are not well thought through, because people who want to avoid a lengthy rail journey will just be able to turn to the carrier’s foreign competitors, such as British Airways, which are not obliged to cut their routes within France. “You’re just scoring an own goal,” he says.

“The first thing every airline needs to do is stabilize its network and revenues,” Grant adds.

Oxford University’s Hepburn disagrees. “For the most part, the aviation bailouts have not had conditions attached to them, which I think is a significant missed opportunity,” he says.

“When you’re going to get a lot of public money, it makes sense for public objectives to be the quid pro quo.”

Sophisticated and design savvy, the Anatra collection, designed by Patricia Urquiola for JANUS et Cie, is constructed using textured braiding that wraps the frame of each modular piece and lounge chair. Create your own comfortable seating area, using seven versatile pieces that allow for several configurations.

“Anatra was born from my desire to play and experiment with the scale of weaving, a technique that is very distinctive of JANUS et Cie,” says Urquiola. “I wanted to try and find the perfect balance between lightness and durability, to translate the concept of comfort into generous and embracing seating solutions.” 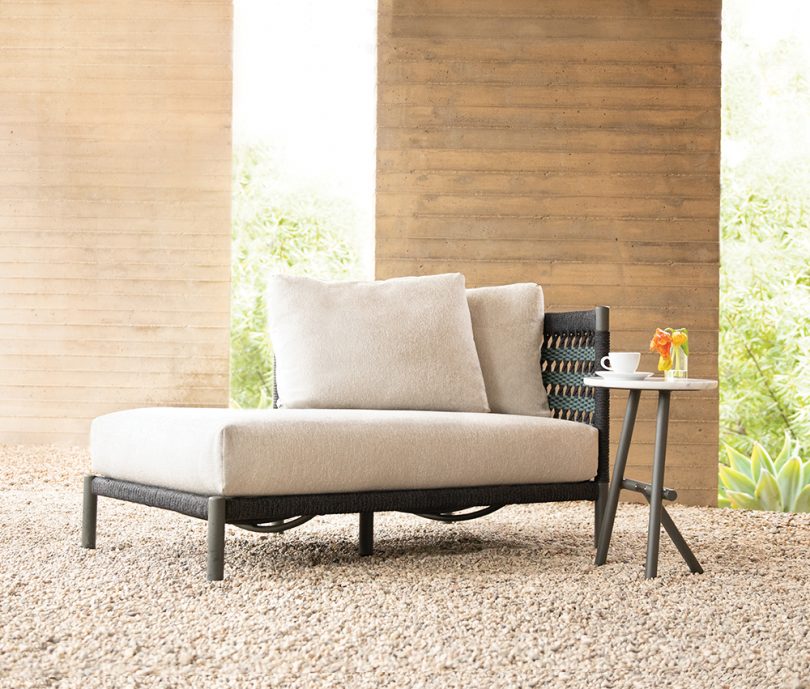 The Anatra Teak High Back Lounge Chair interprets the collection’s handwoven rope and rich hues with a honeyed teak frame that has a beautiful Scandinavian form. A smaller version of the classic lounge chair silhouette offers up a smaller option for urban spaces, such as balconies.

Sink into Anatra’s deep cushions and rope finishes in either Cadet with Platinum or Cyan cross weave, or Oxford with Nickel or Cyan cross weave. No matter what you choose, the collection’s strong construction and luxe design bring comfort and style to the indoors or out. 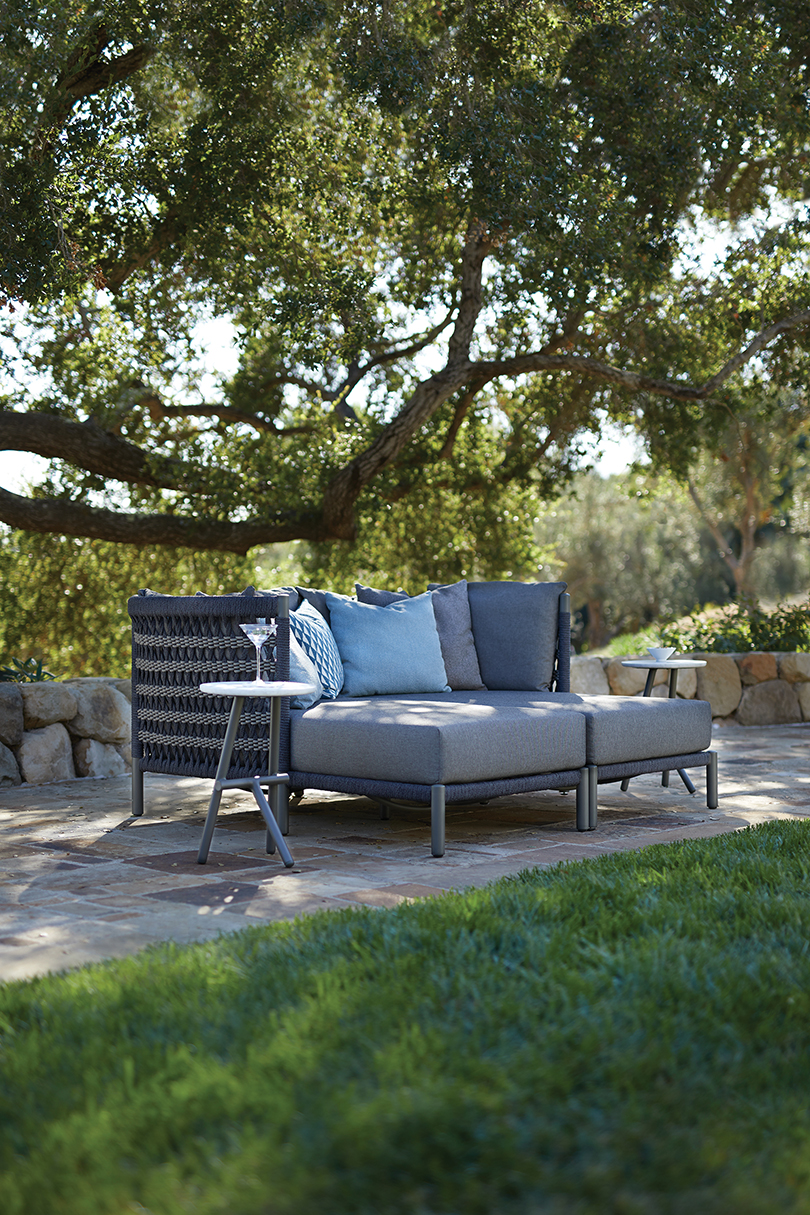 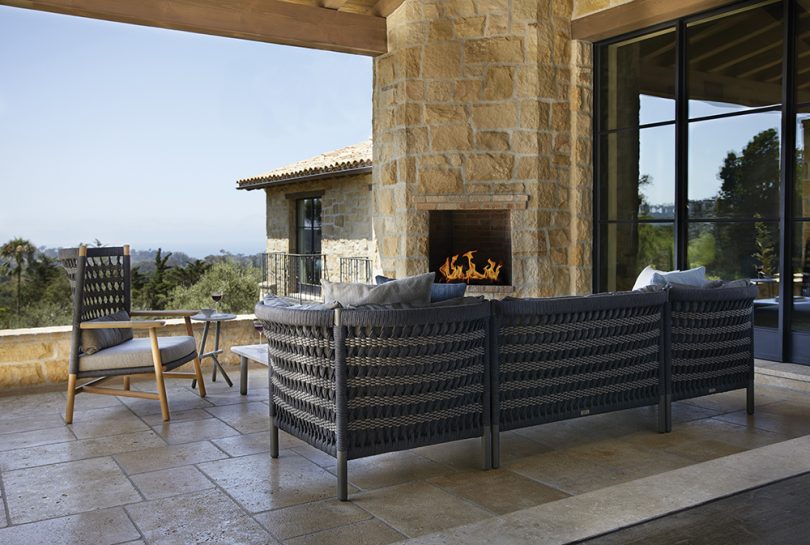 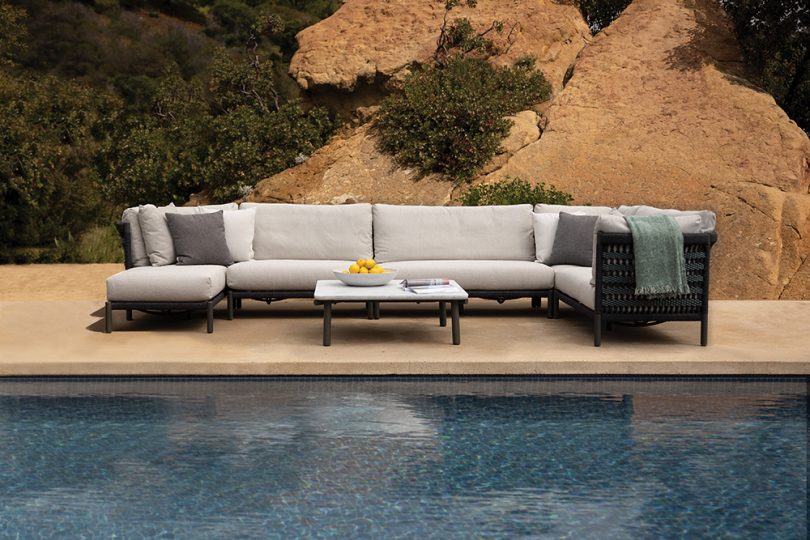 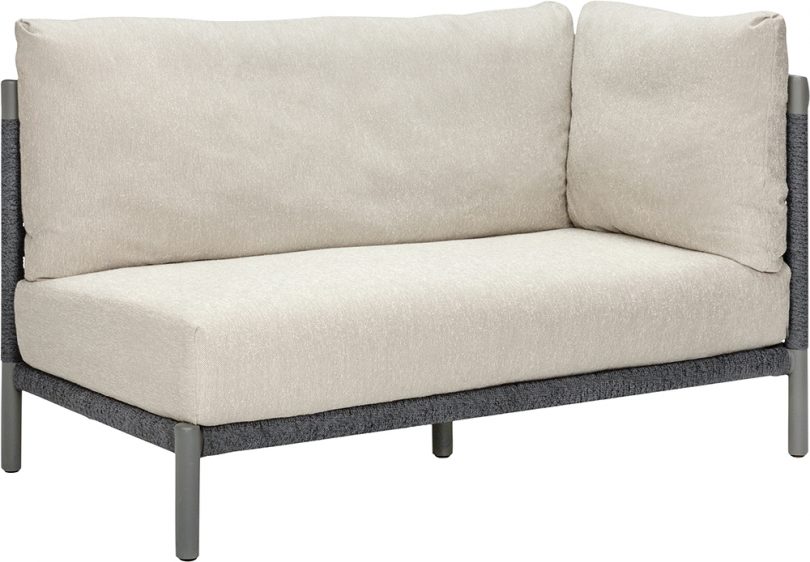 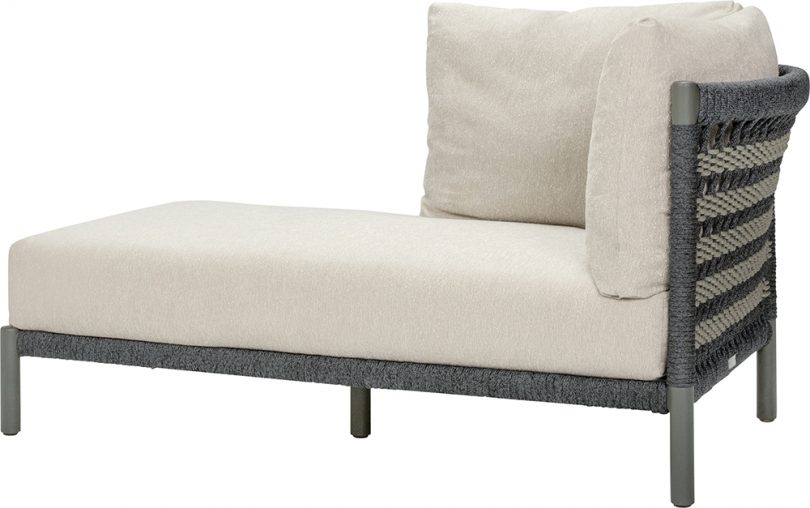 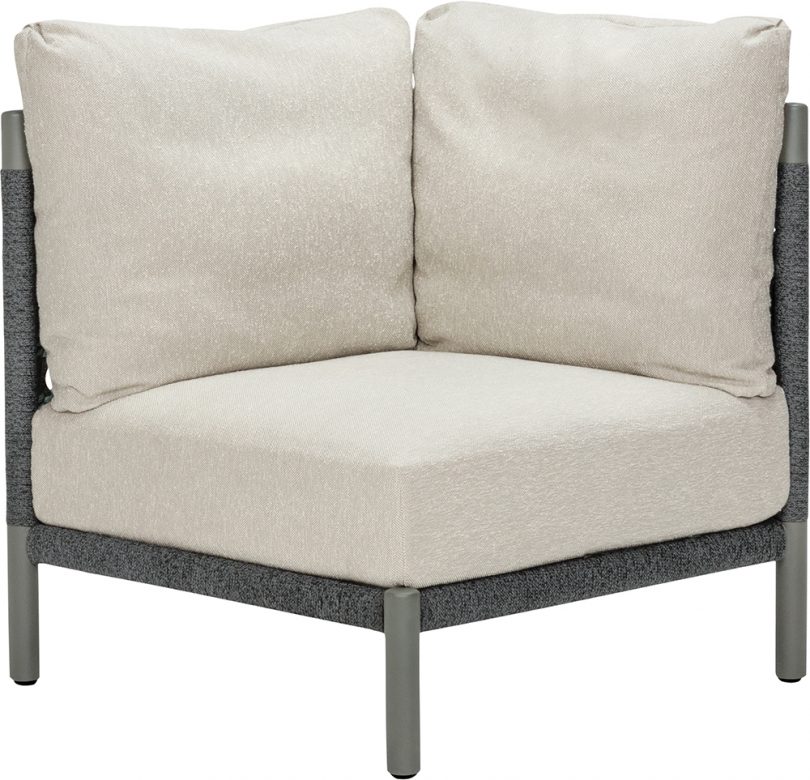 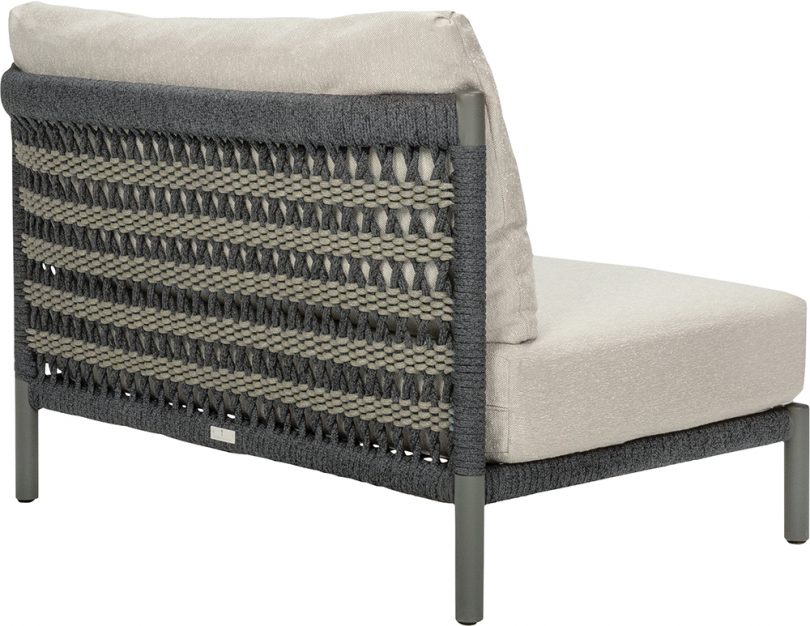 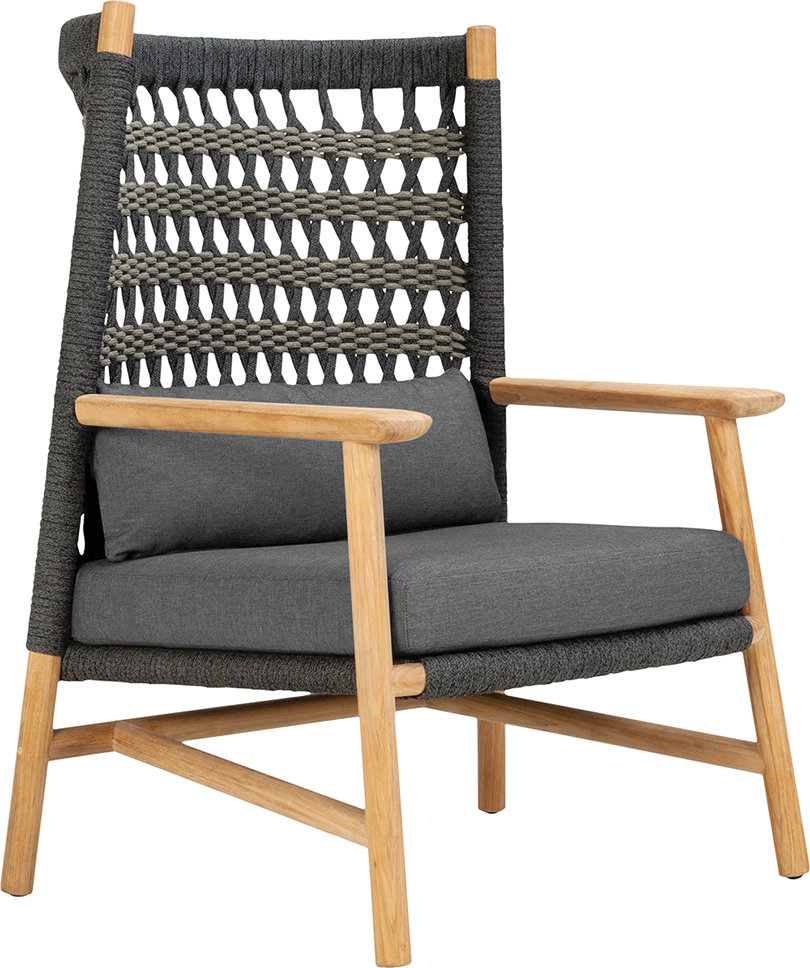 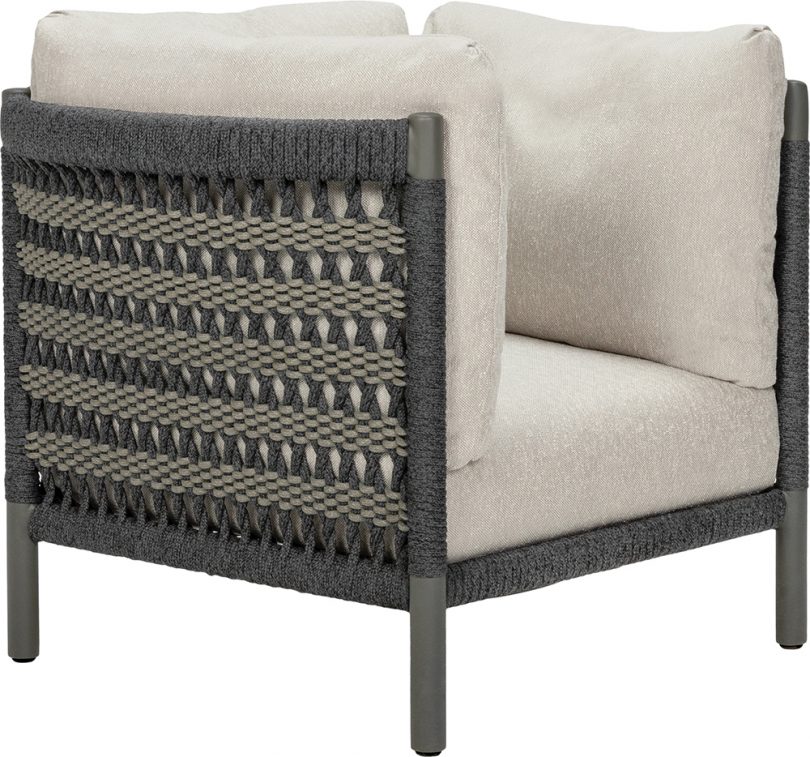 For more information on the Anatra collection, visit janusetcie.com.