Ever misplace your car keys? Forrest Galante might be the guy you want to call.

The biologist and adventurer has carved out a very unique niche for himself in the world of conservation: He scours the most remote and dangerous parts of the world in search of animals long thought to be extinct, in an effort to (almost) literally bring them back from the dead. As crazy as that sounds, what\’s crazier is how successful he\’s been. As of today, he and his team have discovered four species that biologists believed went the way of the dinosaurs.

Galante goes on these quests for two main reasons:

If it doesn\’t sound like the easiest job on the planet, it\’s because it is not. In the course of his travels, he\’s been attacked by lions, stung by jellyfish, bitten by snakes and had run-ins with not-so-happy hippos. Luckily for people who love animals and the relative safety of their couches, Galante\’s bloody and bruising adventures are all captured on his show Extinct or Alive, which airs Wednesdays on Animal Planet. His Instagram account is also worth a follow if you\’re into amazing nature photos and the occasional video of skinny-dipping in glacier water.

I spoke with Galante for the first episode of Entrepreneur\’s new podcast series Get a Real Job, which you can listen to now:

We discussed following personal passions, getting comfortable with risk, the vital importance of teamwork and which animal you definitely don\’t want to cross paths with while walking down a dark alleyway. Here are some of the highlights of that conversation, which have been edited here for length and clarity.

Don\’t accept a life of boredom

\I went to a good university for biology, and when I came out, I was kind of farting around taking tons of odd jobs,\ Galante says. \Everything from literally counting ants to doing invasive weed work to looking at eagles\’ nests. I was bored by a lot of the work, so I started adopting this reputation for high-risk wildlife biology. I was the guy that would tag rattlesnakes or would jump into a shark feeding frenzy to put on tags.

\As my career continued, my bosses said, \’You\’re such a good biologist, let\’s get you out of the field and into an office writing grants and overseeing projects.\’ I kept telling them I\’d rather be back in the field. They were like, \’Well, you\’re gonna make $14 an hour out there.\’ I said that\’s fine. I prefer that sitting in an office.\

\One day I was sitting on the couch, super deflated and covered in dirt, not happy with the job I was doing. And my wife suggested thinking about media, going into television. Fast forward a bit and I\’ll give you a comparison: When I was 27 years old, I published my first academic paper. It was read by 400 by likeminded scientists who already knew the exact subject matter I wrote about. And that was a pretty good number for a paper.

\The first episode of my TV show? It reached 4 million people. So you tell me which is more impactful in the field of conservation. When I saw those TV ratings, I said this is what I\’m going to do.\

His most meaningful find (so far)

\Finding the Fernandina giant tortoise, which was thought to have gone extinct over 100 years ago, was the biggest for me. Fernandina Island is an active volcano in the Galapagos. It\’s miserably hot, and you\’re walking through five-foot shards of what feels like glass, but is actually brittle lava rock. My team and I were suffering from heatstroke and our boots were literally melting on the ground. I mean, it was brutal conditions.

\And after just four days of really, really challenging fieldwork, we managed to uncover a single female tortoise, an animal that had been lost for 114 years. To do it in the Galapagos, where Charles Darwin founded his theory of evolution, was just so impactful. We were able to raise so much money for a return effort to try and find a mate for her. It\’s just the most hope-inspiring success story for wildlife that I think anybody\’s ever heard.\

\There\’s always a risk of getting injured by wildlife. By far the most terrifying and the most dangerous animal is the hippopotamus. They are very moody and very unpredictable. I had two altercations with hippos that could have resulted very differently. One, a hippo flipped my canoe over and I got very lucky to escape its jaws. Another charged right out at me coming from a small, shallow pool. They\’re just they\’re extremely dangerous animals. I love them, I respect them, but they are super scary.\

\I have to always give credit to my team. We\’re generally a crew of about six. I\’m 31 and the oldest person on my team. So they\’re all young, super talented guys who are just as passionate about what they do as I am about what I do. And we all have our own specialties.

\My lead cameramen was an environmentalist in college, but he picked up a camera as a way to communicate wildlife to the world. Another one is this mad, crazy, amazing drone engineer. He takes these drones and adds all of these special bells and whistles to help us track wildlife. And then another guy is an incredible free-diver. He can keep up with me at 100 feet while we\’re holding our breath and chasing sharks around.

\We\’re all driven by this common goal of communicating wildlife and conservation. And just because I\’m the one in front of the camera and I\’m the one who finds the tortoise, it doesn\’t mean we didn\’t do it together.\ 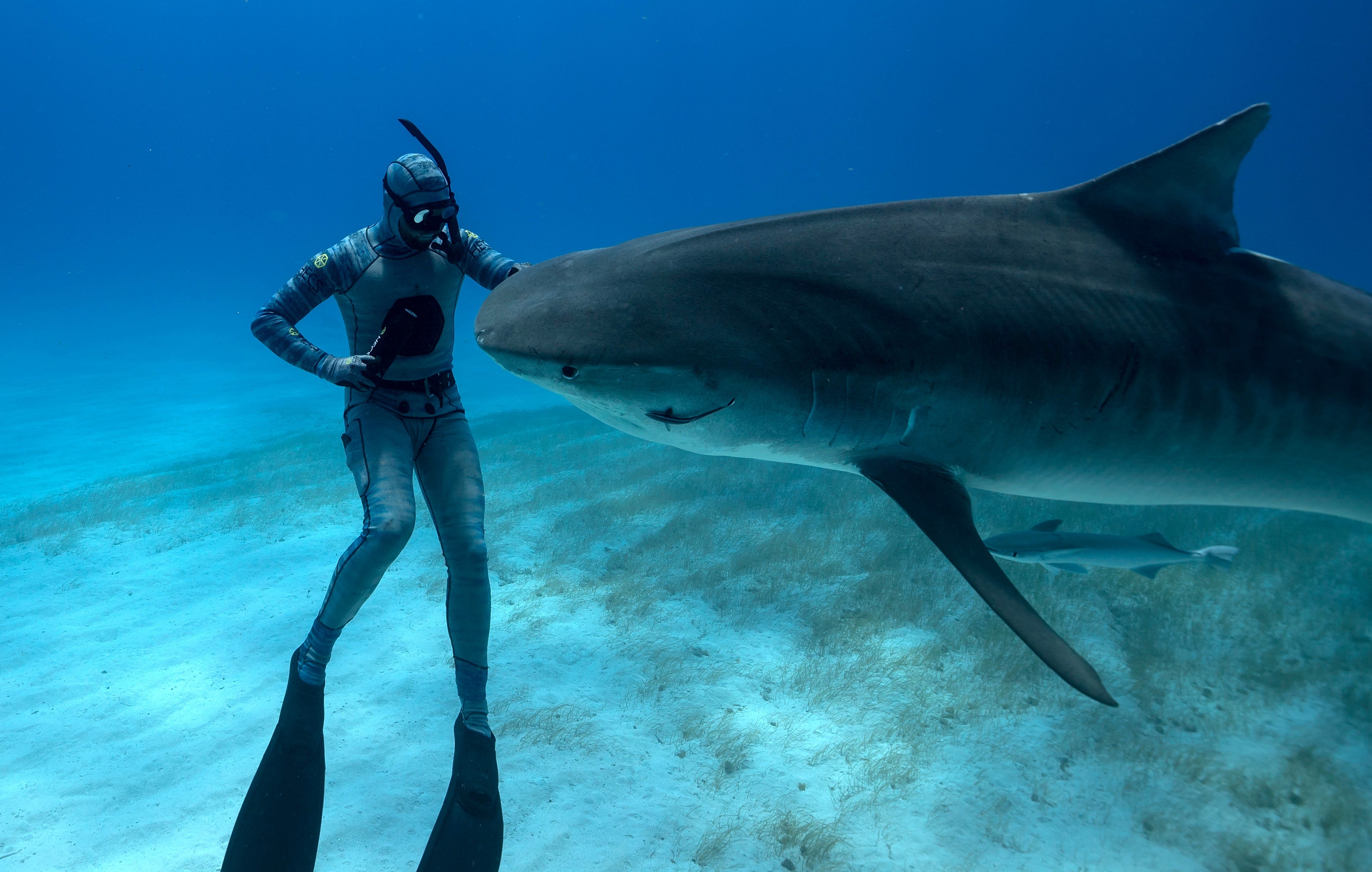 \I think a big part of being successful in doing these expeditions and being a team leader is being dynamic and able to improvise. We do extensive research and always go in with a written plan of attack, like \’When we get on the ground, we\’re going to get on this boat, we\’re going to go this many miles up the river, we\’re going to survey this area for this many days.\’ And then the first thing that happens: we get there and there\’s no boat.

It\’s not like you throw in the towel, throw your hands up and the trip is over, you know? You say, \’Okay, how do we get about there? We need a buggy. It\’s going to take three days. That\’s fine. We\’ll stay here for three days and interview locals to see if they\’ve seen the animal and get more intel.\’\

You can make a difference in your own backyard

\If you want to help with conservation efforts, you can do meaningful, impactful, essential work by volunteering at a local wildlife shelter, by going to a rescue facility, or by simply not buying plastic bags. Little things make a huge impact. So you don\’t have to travel around the world and get mauled by lions and bitten by sharks and all the crappy stuff that happened to me to make an impact.

\If you pick up the phone and call your local adoption shelter and say, \’Hey, I want to help,\’ they will be thrilled to have you. They are desperate for helping hands. And it\’s a snowball effect, you save one creature, and it makes you want to do more good. You know, you save one little opossum that crawled out of its roadkill mother\’s pouch and you see it go back in the wild — you feel so fulfilled and inspired. All of a sudden you find yourself loving these ugly marsupial rat opossums that we all think are so gross. It\’s an amazing feeling to have.\