Skip to content
This article was translated from our Spanish edition using AI technologies. Errors may exist due to this process.

Opinions expressed by Entrepreneur contributors are their own.

We have all heard that if you dedicate yourself to the humanities, \you will starve to death.\ They are disciplines not very well received in society and are associated with failure. Those who achieve it are a very small percentage in which you should not base your aspirations. But Alex   Carrillo , a young man from Saltillo , Coahuila ,   you have proven that with determination and passion you can do what you love and use it to navigate the business world to earn money.

Like many, he succumbed to external pressure and decided to pursue a career that had nothing to do with his artistic ambitions. One of his teachers even congratulated him for not deciding not to pursue art. It was with that comment that he changed his mind and left the race. From there he dedicated himself to making a name for himself as an illustrator.

In August of last year, in the midst of a pandemic, he created his first project: a coloring book entitled Faces . This not only seeks to generate creativity in those who buy it, but he wanted to honor diversity and show through his art that no matter who you are, you must be included. 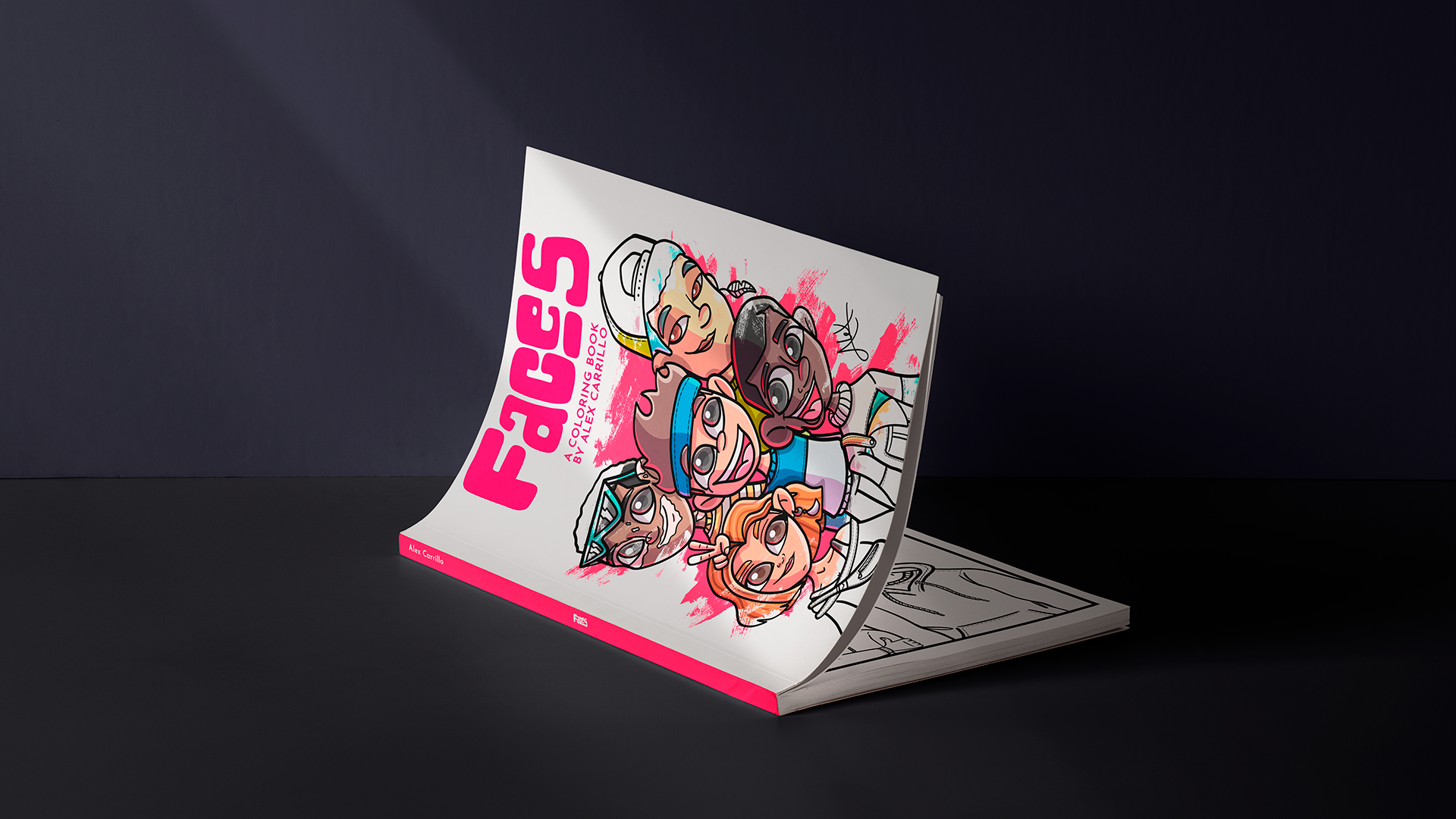 “I did everything surrounded by computers and I wanted to get rid of that. I felt that my creativity was not flowing and I decided to do the project. The book is called Faces ( Faces , in English), and it is a coloring book and what I wanted to show were different people. Regardless of gender, regardless of the way you are, or your physical attributes, regardless of anything … different people living together. ”, Alex told about the beginnings of his career in an interview with Entrepreneur en Español .

What started as a hobbyist project turned out to be a best-seller on Amazon. He was looking for different ways to publish the book. He reached base with publishers that did open their doors for him, but they wanted to change several things to his work. So Alex decided to self-publish on Amazon\’s platform, Kindle Direct Publishing . To his surprise, the day after he had uploaded his work to the marketplace , a friend spoke to him to tell him that Faces was next to JK Rowling and that both works were fighting for first place in the Art and Culture category. Before taking it out, he had talked to his mother and told her that with one person buying her book she would be the happiest in the world, so the unexpected results she obtained were more than incredible.

For Alex, the hardest part of the whole process has been getting started. When it started, it didn\’t have an audience. I knew what dreams I wanted to achieve, but I didn\’t have the foundations, the tools. To begin with, he had to know what kind of artist he wanted to be and how he was going to make him stand out internationally. His social networks have been the main means by which he has been getting opportunities and growing his audience. They always told him that Saltillo does not leave and the first time he realized that he could achieve it was thanks to Instagram . When he opened his account he had 15 followers, but he drew a picture of the Coco movie in a Scribe brand notebook .

His art left Saltillo and reached a national brand. The following year they invited him to collaborate to make a Valentine\’s Day drawing, they loved his work again. He is grateful that they did not look at the number of followers or the reach he had at that time because it allowed him to grow. From there he got more projects and began to collaborate with more brands.

Even though his book is a best-seller , it is not his main source of income. Collaborations are usually very beneficial in that sense. Alex is asked for many personal drawings and his business has also grown from there. believes that as an artist it is very important to know how to move in this world, get different economic opportunities and sell your work. 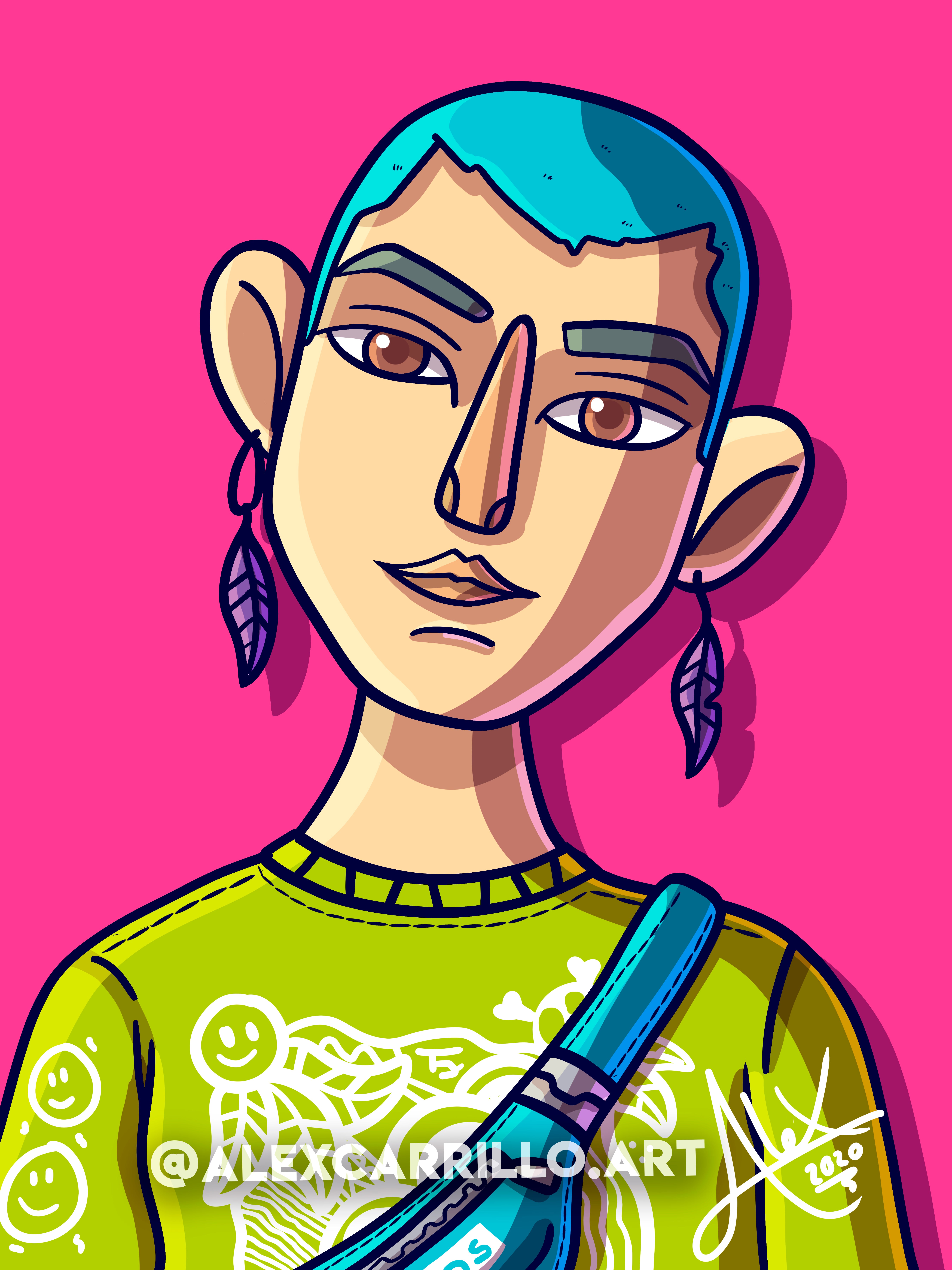 “It helps a lot because as an artist, your art gradually increases in value. I think at the end of the day it\’s knowing how you as an artist can sell your story, knowing how to reach different markets. Having various collaborations has caused many people to ask me for pieces ”, he advised on how to earn a living with art.

Throwing himself into different possibilities in diverse markets has taken him to very unexpected places. For example, he included the Drew House brand in one of his drawings and the illustration was retweeted by founder and singer Justin Bieber. That was a surprising and validating moment, but even though it is an exciting event, it is not the most impressive thing that he has achieved in his career as an artist.

Since he was a child, his biggest dream has been to be the director of an animated film. She recently got a chance to get a taste of this world when she created her own short film as a class project. The video was about a young man who loved to write, but was afraid to pursue his passion. When he saw the positive reaction of his colleagues, he decided to show it to more people and then put it in two festivals in which it had very good results. “I wanted to challenge myself. It\’s a story inspired by my dream, obviously with some changes. It was like a step closer to what I want to do so I was quite happy when the festival results came in. ”Said the illustrator.

Alex was registered on a page where there were different visual artists and through that platform they sent him a call to participate in the exhibition of the Walt Disney museum. Due to the pandemic it had closed, but they wanted to make a virtual exhibition focused on the Disney song \It\’s a small world.\

“It was a drawing that I really liked for what it represents. The song they chose speaks of people from different parts of the world and gives the message that one day there will be peace in the world if we turn to see each other, \said Alex. 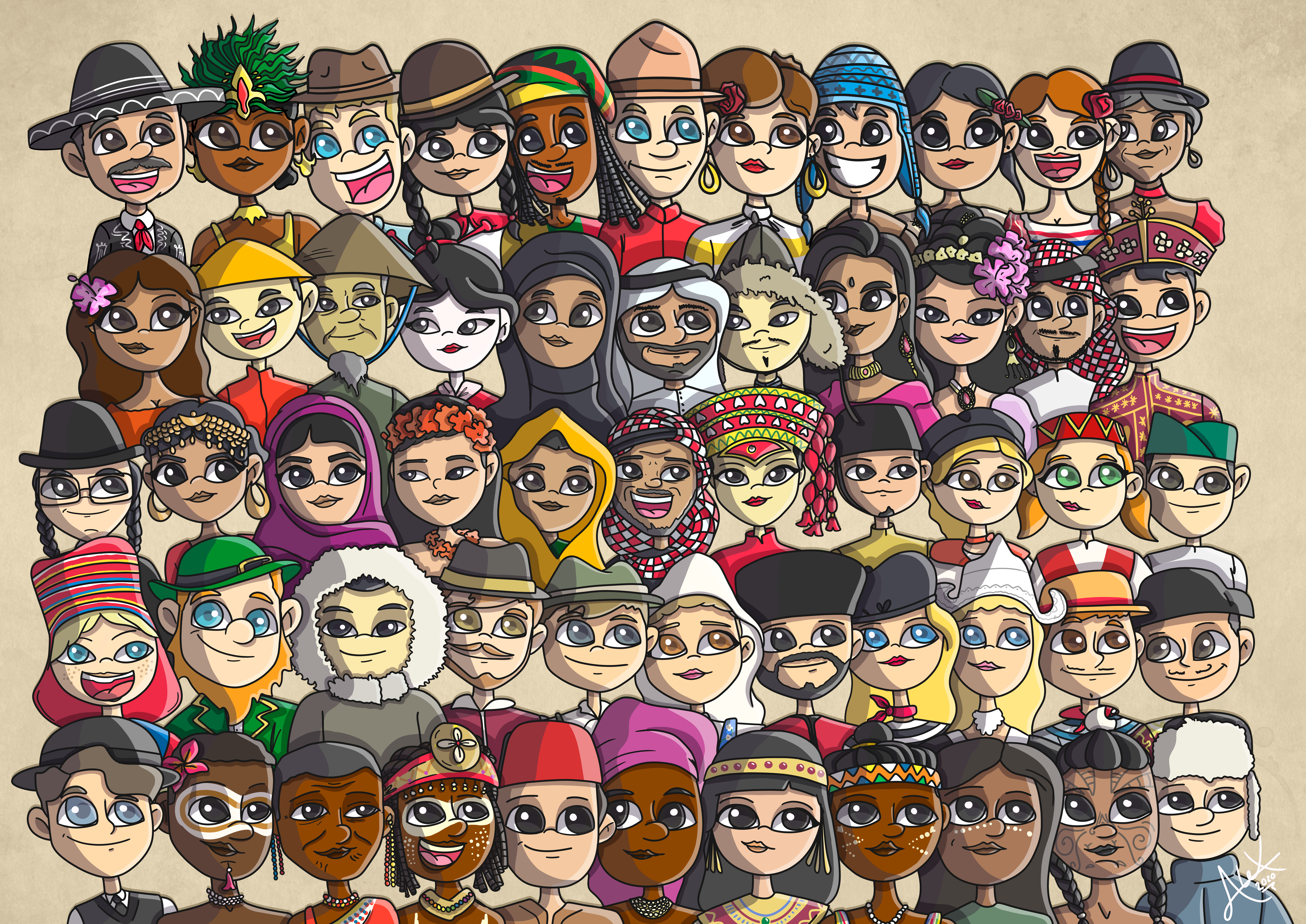 As the song turned 55, it occurred to him to put 55 characters from different cultures and put them all together. The challenge was to investigate the different cultures, how to represent them without disrespecting them and how to represent them in the best way so that it would be a tribute to them. Thousands of people from all over the world participated in the call, but Alex\’s drawing was the largest in the exhibition and made him realize that if you focus on doing things well, the results will come.

Now you want to use everything you have learned to help other people. He has been lecturing on his journey into the art world. He wants to break the stereotype of the \starving artist\ and show that you can make a living with art.

“You have to trust a lot in your dream, help people who little by little encourage them to say that they are going to try. Maybe it can be difficult at first, but once you take the first step it is only a matter of moving forward ”, the artist reflected on his own experience.